The title of this post reflects my reaction when I realised that it has been, wait for it, over a month since I last posted. I mean even for me that is terrible. I have also realised it has meant my steady and fairly regular (albeit very small) page views have waned to almost negligible figures. Its not that I haven't wanted to post or even, as I feared, due to a lack of content but perhaps more sadly a lack of time.

The fact of the matter is university is pretty full on. I'm constantly being ask to write something or research something else and I've had so much paper thrust under my nose to read since I arrived I'm beginning to wonder how many trees can possibly be left in the Amazon rainforest! When I'm not reading endless extracts on French film theory or discovering who invented the fondant chocolate cake there's always something else to do, be that a social or a Rubix Cube party! So my blogging has taken a bit of a back seat of late but I am determined to get back into the habit of writing starting... well right now I guess.

I don't really have one topic as such though but firstly I will say that I did go and see the Lion King 3D a couple of weeks ago and it was amazing. It is probably one of my favourite films of all time anyway and to see it in 3D was awesome. It was incredible to me how many jokes I missed when I was younger and the script is very witty indeed. It was hilarious and also just as sad as I remember it being. The scene where Mufasa dies was heartbreaking and my eyes welled up at the end too; it was very emotional! I thought that the transference into 3D was also very successful, I had wondered whether it was just a lot of trouble for nothing but as it turned out it made it all the more beautiful. (I hope this is also the case for the soon to be released Phantom Menace in 3D!)

The main thing I want to talk about is the concept of the 'indie kid'. This is a little off the kinds of posts I usually write but after receiving a comment from one of my friends about some recent purchases (brown patent brogues, grey military boots, grey skinny jeans and a maroon Ramones T-shirt) that after going away to uni I am 'slipping back into all that weird indie stuff you used to wear in like year 11' I began to wonder what that actually meant. Now I didn't really know what to say to this. Should I have been offended? I have decided no but it got me thinking about why people insist on categorising others because of what they wear and the music they listen too.

I'm not particularly adventurous with what I wear or anything but I would say I definitely have my own style. I also rarely wear big label clothes - not that this is a bad thing necessarily - and I have yet to succumb to the ever increasing evil power that is Jack Wills! I think that this is probably the evidence upon which my friend was making her assessment. Also it may have something to do with the fact that, for God knows what reason, I occasionally like to listen to music that involves some sort of talent and actually has substance even though its 'like well old' so anything from over 10 years ago!

One of the definitions of an indie kid on Urban Dictionary is that "all indie kids do is try to be cooler than other people..." This is the kind of stereotype which seems to have developed amongst people today. When really what being indie is about is the music. It is essentially and anti mainstream movement if you can even call it a movement at all. Basically its a bunch of kids who were annoyed by all the drivle in the charts so looked elsewhere for their music and really isn't that just what the majority of teenagers go through at some point. Especially today with shows like the X-Factor churning out manufactured record after record. I know its all been said before that our generation have no 'real' music scene and we're led completely by what's in the charts but sadly it seems to be the case. 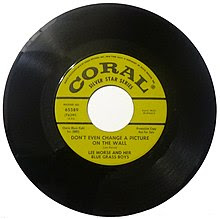 So what is the point of all this? Well I recently went home and visited the shop Rise (with shops in Bristol, Cheltenham and Worcester) who were voted the UK's best independent record shop and it was like a showcase of all the music which everyone should be discovering too and should be in the charts. So what if I listen to this type of music? Its good and I like it so call me indie if you want but I'm pretty sure that doesn't really mean anything. I don't think a pair of coloured skinny jeans ever really hurt anyone.
Posted by Rachael at 10:17 pm